Understanding What is Local Presence 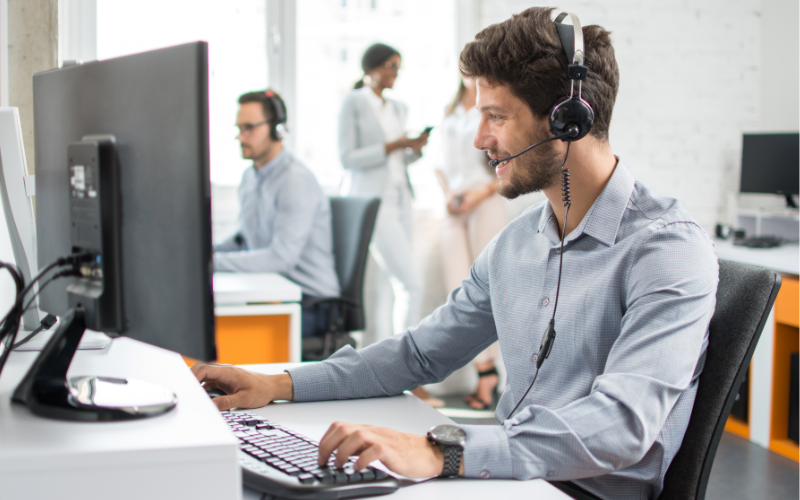 In telephone sales, two major factors driving revenue generation are the number of calls an agent can make in a day, and how many of those calls connect with the customer. Calls on a day’s sheet that don’t get made and calls that don’t connect are both worthless, and maximizing revenues and agent commissions depend on eliminating both to the greatest extend possible.

Unfortunately, sales agents making calls to prospects outside their local area codes are consistently plagued by both slow workflows and low answer rates. Non-local prospects often screen calls as soon as they see an unfamiliar number, keeping agents waiting on a ringing phone or forcing them to wait for fo the beep — a situation in which no sale is possible and precious time is ticking.

Luckily, there is a calling feature included in some advanced power dialers called local presence that can get more out-of-area prospects to pick up, supercharging answer rates, saving time, and boosting revenues.

While the world has gone digital, telemarketing is no less common today than it was decades ago. What has changed is prospects’ ability to filter advertising. People today have become adept at something known as “ad blindness” — the ability to block out advertising messages they’re not specifically interested in.

In many cases, ad blindness is automatic and unconscious — we walk by an ad on a bus shelter and don’t notice it because it’s just one of the thousands of messages we’re exposed to each day. In some cases though, we actively block out what we perceive to be or expect to be ads, and that’s what happens when prospects see unfamiliar area codes.

When a prospect sees an out-of-area phone number, they immediately assume it’s a telemarketer or, worse, a scam. That uncertainty makes it easier for them to simply ignore the call — far easier than it would be if their screen lit up with a number that at least felt familiar.

A call that doesn’t connect is a waste of an agent’s time, and in an industry where time is volume and volume is money, wasting time won’t fly. So, how can sales agents making calls across state lines and multiple area codes get their calls answered?

Local presence is a feature built into some power dialers that enables users to select their outgoing number from a pre-populated list. Rather than forcing agents to make all of their day’s calls from a static number, local presence allows them to tailor their phone number to the geographical location of the prospect.

For instance, an agent in New York looking to connect with prospects in Los Angeles could group their call list by area code, and then select a relevant phone number prior to launching each group of calls. The recipients on the other end would then see a familiar 213 or 323 area code, making them up to 65% more likely to answer the phone. That process can be quickly repeated for each new geographically-based calling group, sending answer rates through the roof and enabling agents to close more deals.

Getting Started with Local Presence

All an agent needs to start using local presence is a dialing system that includes it as a feature. Whether that system is a standalone dialer, or an advanced customer resource management-call center hybrid like CRMDialer, switching outgoing numbers is as simple as entering the local presence area on the user’s backend and selecting a relevant number.

It’s important to note that local presence numbers are not spoofed. Spoofing numbers is an illegal practice often used by scammers, and doing it has the potential to get companies in major regulatory trouble, with big fines to boot. Local presence numbers are completely real phone numbers, legally registered and wholly owned by the company using them. Companies can import existing numbers they already own into their calling system, or, with tools like CRMDialer, they can quickly buy the numbers they need, as they need them, directly through the local presence tool for as little as a few dollars.

The ability to quickly and easily access all the relevant outgoing phone numbers they need in a matter of seconds enables telephone sales agents to maximize their connection rates with effectively zero interruption or drag on their calling process. The result is more leads reached in the same amount of time and, in turn, more sales.

To find out more about how local presence can help your agents reach more prospects and close more deals, reach out to a member of the CRMDialer team, or put the platform into action right away by signing up for a no-commitment free trial now!