What is a Good Response Rate in Sales? 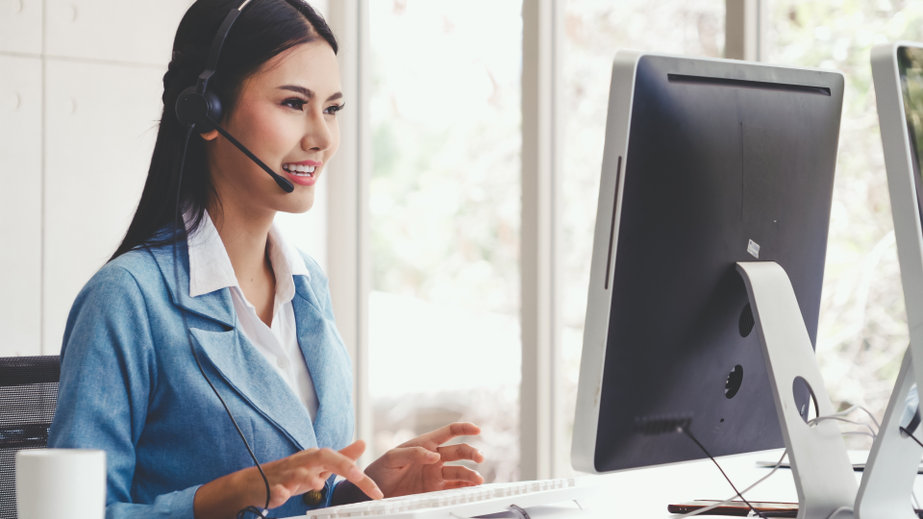 Response rate is a metric that does not have a universal definition. In simple terms, it’s the number of “responses” to an action divided by the total number of actions. For instance, if a company sends out 1,000 surveys and receives 100 responses, its response rate is 10%.

In sales calling, the confusion lies in the fact that a “response” is not as well defined as it is in something as straightforward as a survey campaign. Leaving any metric open to interpretation creates the conditions necessary to render recorded sales data meaningless, so it’s important for companies to clearly define what they consider a “response” for the purposes of measuring a sales team’s activities.

So, with that in mind, what is a sales call response, what kind of rates should companies shoot for, and how can they use technology like a power dialer to improve numbers?

A Response is Not Necessarily a Sale:

First and foremost, responses and sales are not synonymous. In some high-volume calling environments, the goal is to close the customer on the first call. In those cases, “response rate” and “close rate” could theoretically be used synonymously. However, in most sales environments, a response is simply a connection that furthers the sales process. For instance, the scheduling of an initial consultation could be considered a response. A lead returning a call after receiving a voicemail could be considered a response. In some cases, just getting through to a decision-maker could be considered a “response.” The key is that companies ensure they clearly define what should and should not be counted as a successful response so that the data they generate on success rates is valid.

While the goal is to move the sales process forward, some companies choose to view any response as a positive response, even if it’s a rejection. For instance, a customer who clearly says no to an offer can be wiped from the calling list and lead database, ensuring no future time or resources are expended trying to close them. Is that a positive outcome? Some companies would say yes since it protects them from future waste, illustrating the fact that even an interaction that results in the sales process hitting a brick wall can potentially be considered a positive response when crunching the numbers.

What is a Good Response Rate?

Understanding that there is no hard and fast definition of response rate, it should be clear that there is also no hard and fast rule for what kind of rates should be considered good. Response rates are also significantly impacted by the type of calling being done. Cold calling, for instance, is often cited to have success rates as low as 1%. Meanwhile, calls to qualified leads can have success rates of 20% or higher. Calls to existing customers should, theoretically, result in even higher positive response rates. There is no one right answer. Each company must look at its historical numbers to determine where to set its goals for future performance. It’s also important to understand that, while hard goals are necessary to give agents something to shoot for, consistent improvement should always be the real goal.

Sales organizations looking to improve their response rates can focus on improving scripts and providing ongoing training to agents, but both take time and require constant refinement. A quicker, more direct option to achieve near-instantaneous results is to lean on technology – namely, a CRM system with a built-in power dialer, like CRMDialer. A CRM-power dialer combo enables sales agents to generate more positive responses in a number of ways, including reaching more leads, making follow-up communications easier, and streamlining and improving the delivery of the sales process itself.

Many power dialers, including the one built into CRMDialer, offer a feature called local presence. Local presence allows agents to select an outgoing phone number to match the area code of their target prospect. Seeing a familiar number on call display significantly boosts answer rates, giving agents a chance to deliver their sales pitch and generate a positive response. Existing numbers can be easily ported into the power dialer, and companies can buy new numbers on the fly from right within the system, for extremely low rates, as their geographic calling areas expand. Improving answer rates has a natural and immediate impact on response rates, and local presence is an easy, efficient way to do it.

Power dialers generally include a feature called “one-click voicemail drop” that allows agents to leave a pre-recorded voicemail with the push of a button, without the need to sit around waiting for the beep. In high-volume calling, time is money, and the time it takes to get through a mailbox welcome message is often more than agents are willing to spare. With one-click voicemail drop, rather than hanging up without leaving a message, agents can move on to the next call while the system waits for the beep in the background and automatically drops whichever pre-recorded message the agent has selected. More voicemail messages left equals more opportunities to make contact, which can have a dramatic impact on response rates.

By tying the power dialer and CRM together seamlessly, customer and lead data can pass freely from one to the other. Agents on sales calls can access the entirety of the company’s stored information, including all data and notes on previous contacts with a lead. Agents can even see which pages and links on the company’s site a lead has interacted with the most. As a result, agents can prepare better for sales calls, meet each lead’s needs and address objections better and more efficiently, and access the information they need on the fly in a matter of seconds.

To find out more about CRMDialer and how its built-in power dialer can help your sales organization improve response rates, reach out to a member of the team or start your no-commitment 14-day free trial today.